Max Coates has taken victories in both his home rounds of the Renault UK Clio Cup at Croft Circuit in North Yorkshire (15-16 June) to dramatically reduce the gap to points leader Jack Young.

Coates (Scorton) led all the way in perilously wet conditions to win Saturday’s opening race (round five of the season) ahead of Young who, after applying early pressure, fell away after an off-track excursion…

Sunday’s race – round six of the season and broadcast live on ITV4 – saw Coates and Young become embroiled in another epic showdown. Coates led initially before being overtaken by MRM’s Young who would go on to win on the road.

However, a time penalty for the 17-year-old from Belfast (for having made a false start) meant he was ultimately classified fourth in the result as his team-mate Brett Lidsey (Northfleet) and Bond picked up second and third positions.

It all means that Coates leaves Croft up from third in the standings to second having also reduced a 23-point gap to leader Young to just 12 as the title race now heads to Oulton Park in Cheshire for rounds seven and eight at the end of the month (29-30 June). MRM continues to lead the teams’ championship but only by 15 points from Team HARD.

There, they will represent the UK Clio Cup on a 50-car grid in a double-race ‘Clio Cup Open’ fixture organised by Renault Sport Racing as Renault also celebrates the 40th anniversary of its first victory in F1 (1979’s French GP at Dijon). 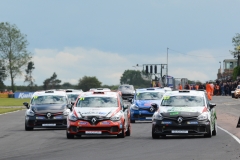 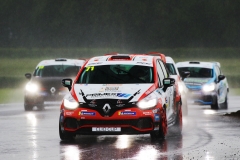 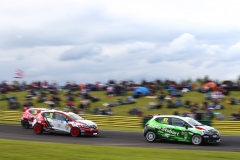 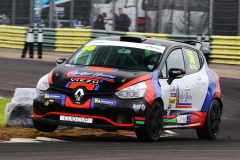 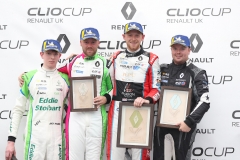 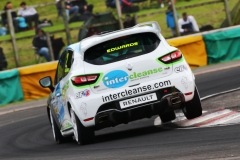 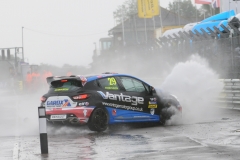