Dan Cammish scored his third podium finish of the year in the Honda Civic Type R as the two Halfords Yuasa Racing drivers collected a solid haul of points at Croft, in yet another British Touring Car Championship meeting where weather played a major part in their fortunes.

Both Cammish and team-mate Matt Neal were out of luck in a controversial qualifying session on the Yorkshire circuit, blighted by five stoppages and a rain shower just as they were building up for their quickest laps. Seventh and 13th starting spots did not reflect their speed in earlier practice sessions.

A further rain shower made conditions tricky for race one but the two Honda drivers consolidated their positions. Cammish overcame the fast-starting Ford of Ollie Jackson and then found himself in a rear-wheel-drive sandwich, challenging the leading BMWs while also holding off the Subaru of Ashley Sutton. Sixth place at the flag was the reward while team-mate Neal made a bold pass of Tom Ingram’s Toyota to put his Honda into the top ten at the flag.

Warmer temperatures for race two appeared to suit the Hondas as both drivers made solid progress. Cammish emerged from a frantic battle with rivals Sutton and Chris Smiley to secure the third podium spot, while in the final laps his mirrors were filled with the Civic Type R of team-mate Neal. Matt drove an excellent race from tenth on the grid, his progress commencing with a bold pass of his long-time rival Jason Plato.

However the number nine was then drawn for the reverse grid final race, relegating Neal to sixth start spot with Cammish just behind, and with both set to run the mandatory hard compound tyre. But these were quickly swapped for wet tyres as another short but very sharp shower doused the circuit.

Both drivers got away well but then slipped back as the track dried and their cars became harder to drive. Neal held off Suttton for several laps until the Subaru slipped through, relegating the Halfords Yuasa Racing driver to a fifth place finish, while an unsighted Cammish made a brief off-track excursion but recovered to 10th spot at the flag.

Matt Neal – Halfords Yuasa Racing driver and Team Dynamics Director
It proved a case of making something of the weekend after the qualifying issues, which affected a lot of people. The car has been fast all weekend – especially through the quick corners – and we had to try and claw back to where we should have been. It’s so tight round here and everyone knows how to defend.
Race 2 was good as I had the success ballast from last week removed and the car was fast in clean air – fourth behind Dan was great. Then in race 3 I felt I could challenge the two in front but lost the front tyres after the safety car period. I held Sutton off for three or four laps, but eventually had to let him through in the hope he would cause some chaos among the leading trio and take me with him. But once he passed me he had used his tyres up.
I’m looking forward to the next round at Oulton Park, it’s a circuit I’ve always gone well at.

Dan Cammish – Halfords Yuasa Racing driver
It’s been a pretty good weekend on the whole despite the disappointment of qualifying – in a dry, normal session I think I could have challenged for pole position. But it wasn’t to be and I was lucky to line up seventh.
In race one I went forward, I was happy with sixth and after making some changes I went even better in race 2 to get another podium. In race 3 there was not much more I could have done. Eventually there was so much mud on the windscreen I couldn’t see where I was going and when a back marker suddenly appeared in front it startled me and I briefly went off the road. P10 was okay, especially as I needed follow the car in front to see where the track went!
I like Oulton Park – I believe I’ve come a long way as a driver since last year’s meeting and I got here with high hopes we can get stuck in at the front. 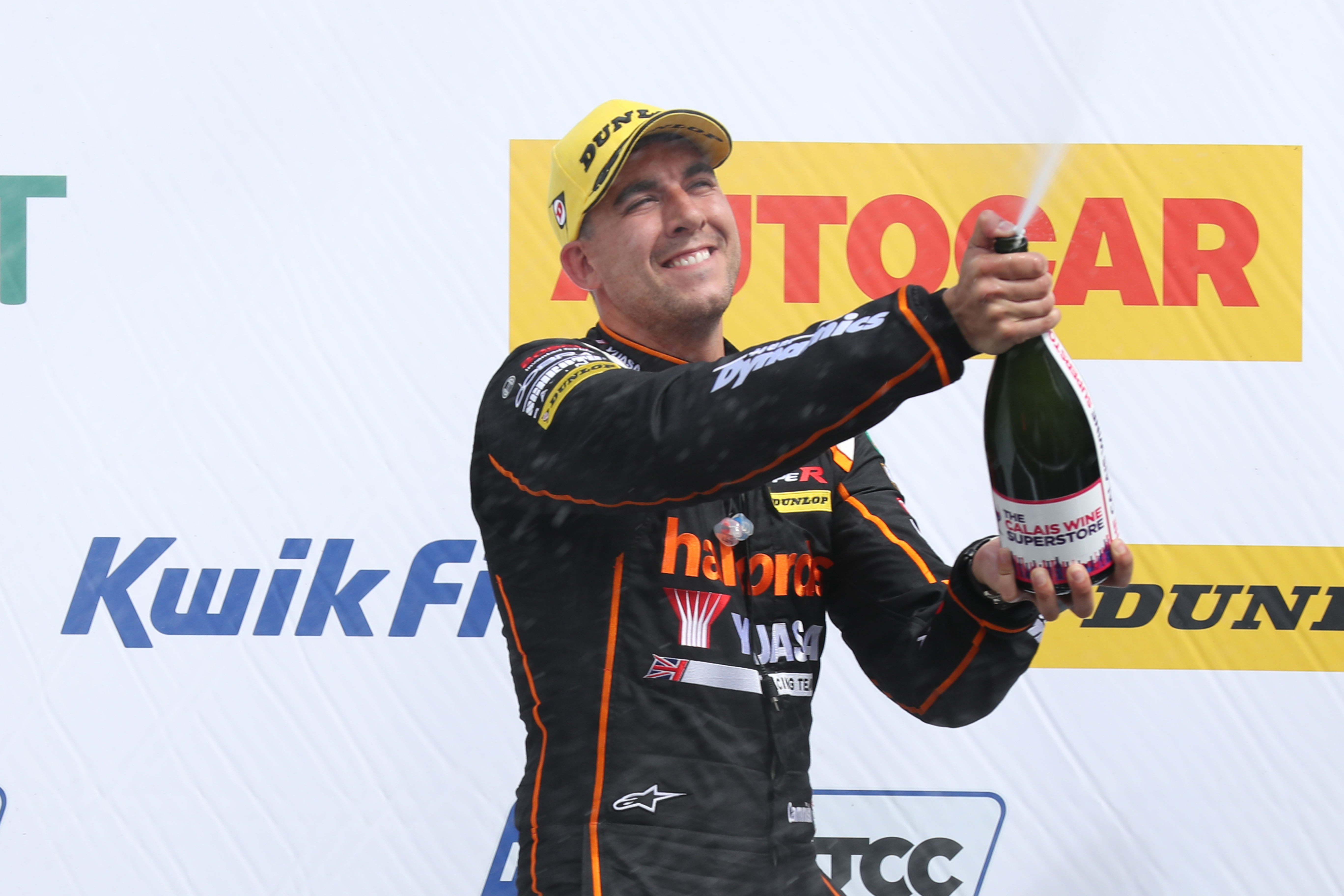 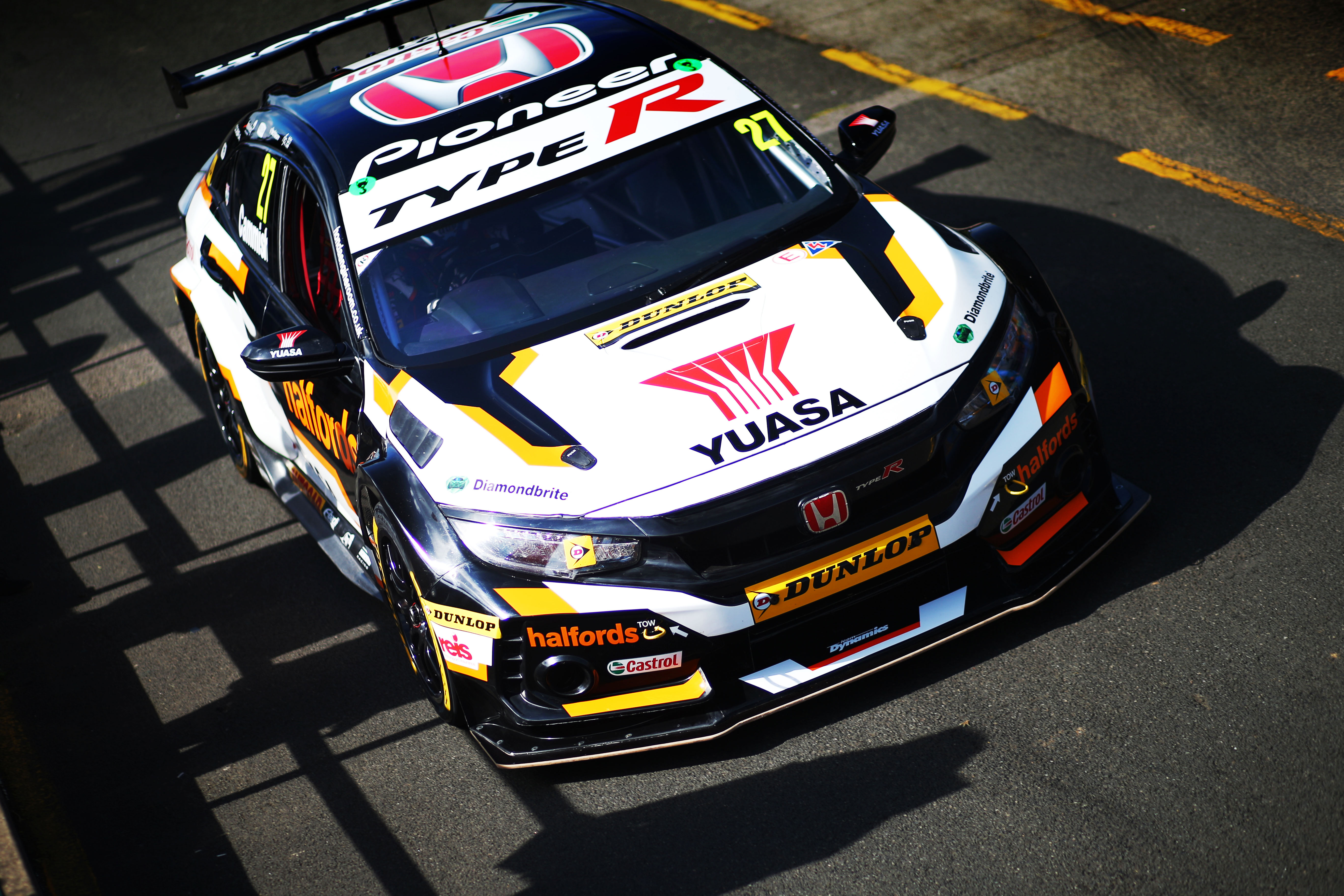 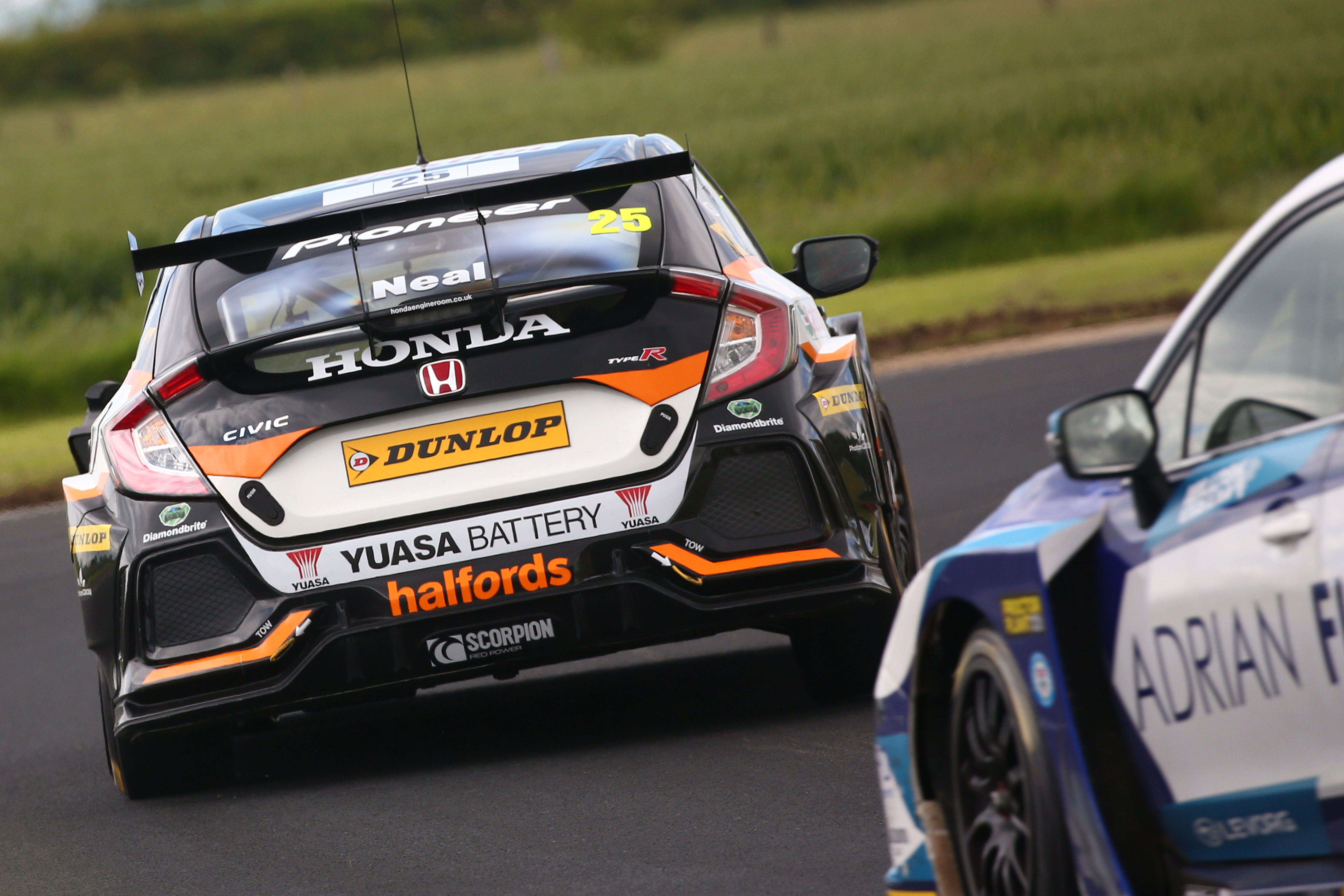 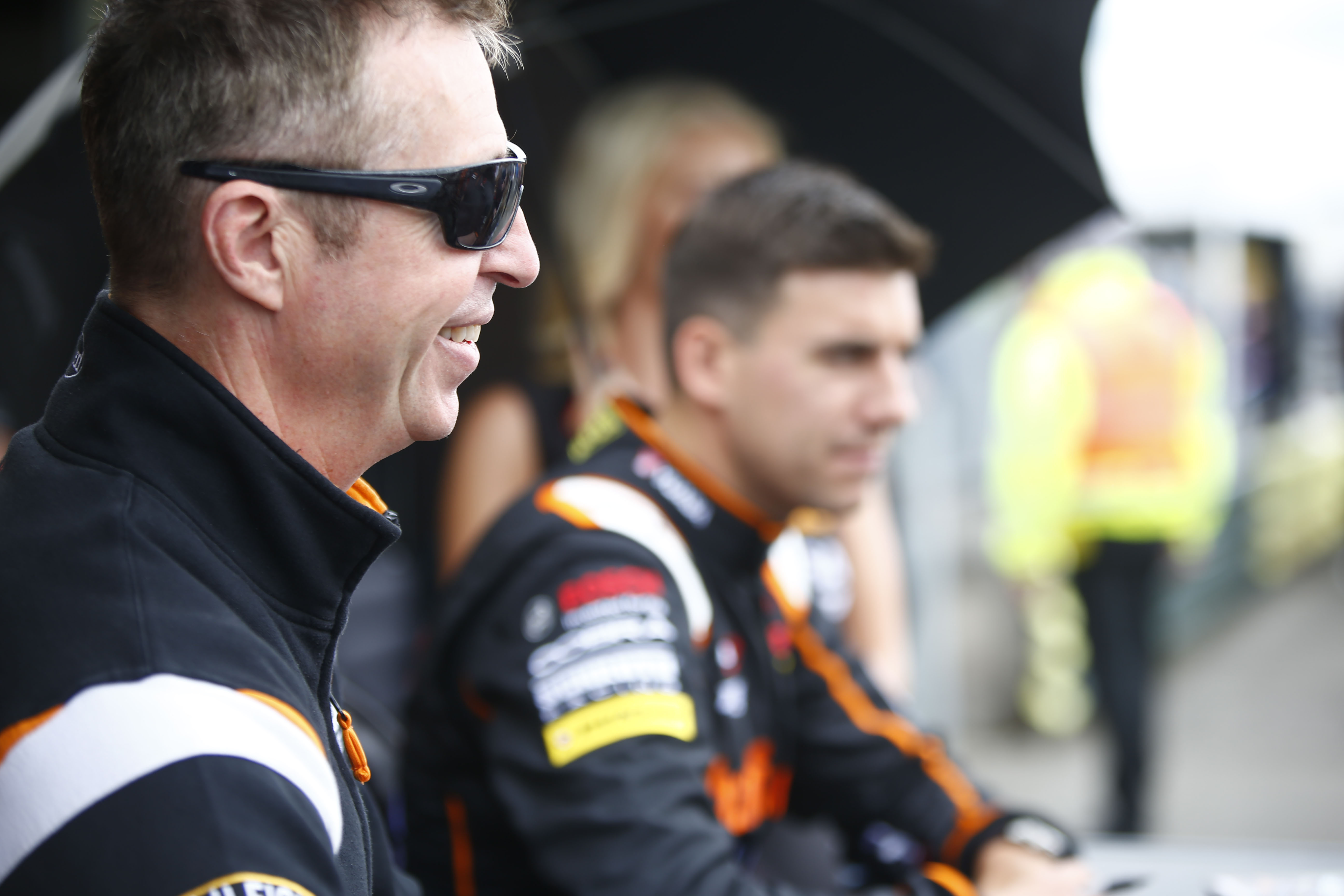 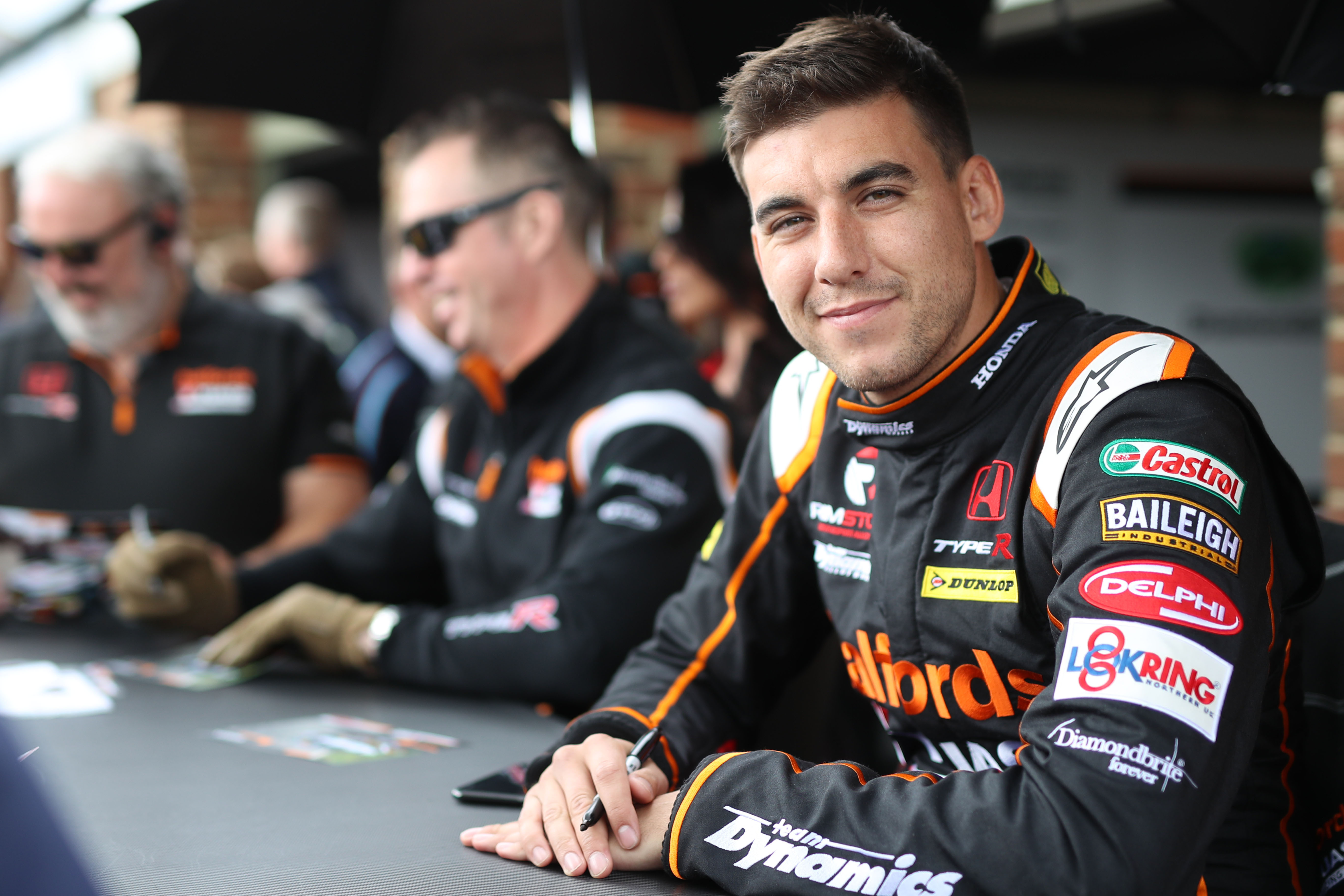